Roch lay dying under his twig and leaf thatched hut, plague afflicted, starving, and parched. Between gasping for breath and praying, he didn’t notice the dog beside him, or feel him licking his wounds, or see the loaf of bread he’d dropped. The hound’s wet nose nudged his side. Roch flinched, coughed and shifted, batting away the dream dog. It was then he saw the bread that saved his life, and the hound that brought it. 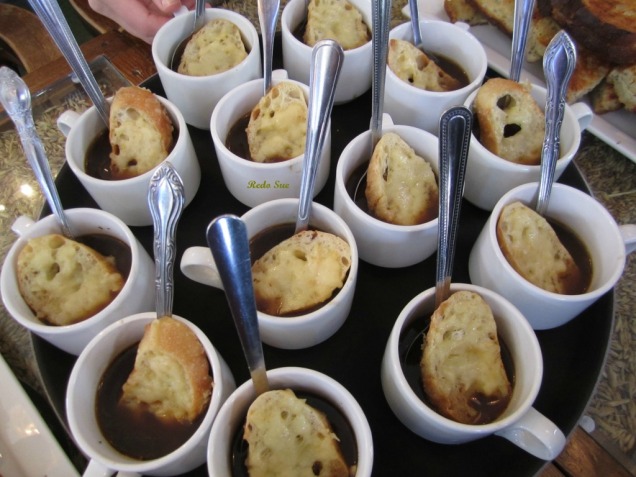 In Québec City, a golden statue of St-Roch and his dog stands on top of a stout cathedral watching foodies parade through the neighbourhood with his name. And every day the saint watches homeless people and recovering addicts wander among the craft breweries, artisanal chocolate shops, vegan bakeries, and poutine palaces. 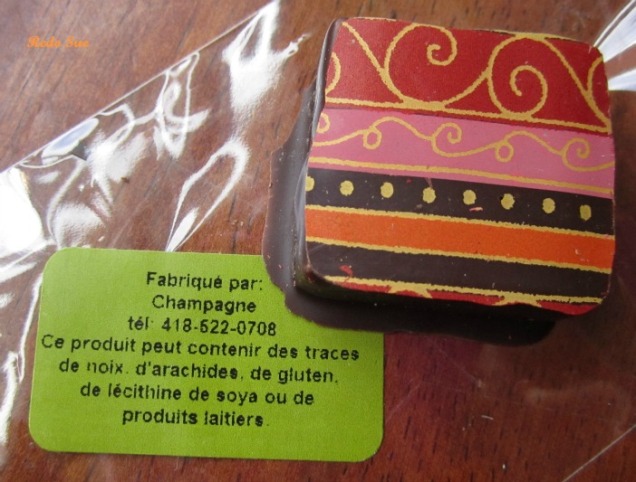 While the wind rouged our cheeks and chapped our hands, our group of foodists ate our way up and down St-Roch’s streets. Above us cold sun and the golden saint sent promises of warmth. I wondered if the saint was wearing socks. 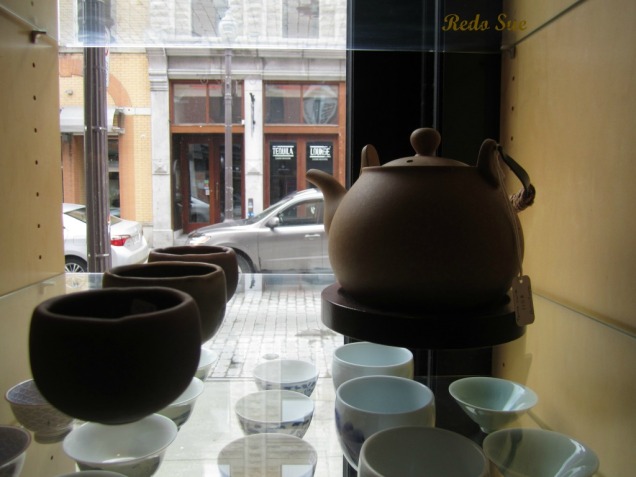 Around us, men with exposed bare ankles slopped along the cement in shoes too big, their zipperless, buttonless coats flapping open in the sub-zero breeze. Women with tangled hair, bare legs, and hollow high heels zigzagged between potholes. What would the saint’s dog give to save them today? 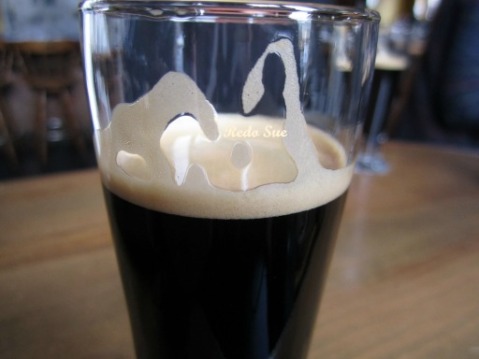 I’m not a true foodie. I’m more of a “sockie”. I collect socks the way some women collect handbags. This is not to say that I don’t love food, it’s just that the food part of St-Roch was indescribable because I don’t have a culinary vocabulary. Let’s just say that if the food I ate was a pair of socks, they would be silk mixed with Merino.

Our meal at the ballyhooed “L’Affaire est Ketchup” was a couturier sock and as I savoured the last morsel of dinner in my mouth, I watched a creased and grizzled old man cut across the street leaning against a spruce young man. A few minutes later they returned, a grocery bag draped over the strong arm of the younger man. He unlocked the boot-battered door of a tipsy old building while the old man waited. 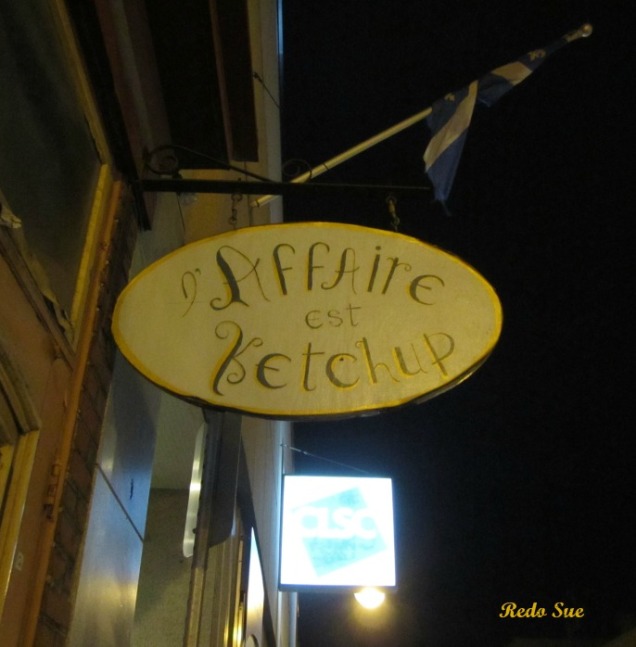 Maybe food is reviving the St-Roch neighbourhood, maybe even healing it, but this kind of food infusion hasn’t much to do with the people who lived there before the foodistas moved in – and who still live there. The people who live on its cracked sidewalks are being stuffed into hungry holes and I wonder if St-Roch or his dog has the power to make it better, to give them what they really need – some sturdy fisherman’s socks, a warm bed, a simple meal, a place to call home.

43 thoughts on “A little bread goes a long way”

Go visit some of these fine folks.